The UK is Using Orwell’s 1984 as an Instruction Manual

I have often stated to friends over the last year or two that The Onion, the comedic news satire website should, by all rights, be out of business.

Why?  Not because it isn’t funny.  It is.  But because in the last few years the strangest and most unbelievable headlines are actually real!  The Onion can’t compete with a western world that is following the concepts of Orwell’s 1984 with stunning accuracy.

In fact, because of this bizarre world we now live in, writing the TDV Blog every day is almost too easy.  We barely even have to do more than just look at the top few headlines of the day and we have enough material to cover for a month.

Take today.  I awoke to an email from Ed Bugos linking to a story on CNBC entitled “UK Proposes All Paychecks Go To The State First“.

In it it states the UK’s tax collection agency is putting forth a proposal that all employers send employee paychecks to the government, after which the government would deduct what it deems as the appropriate tax and pay the employees by bank transfer.

What’d I tell ya?  How can The Onion compete with that?? You can’t make this stuff up.

In the July issue of TDV we stated the following:

The previous Labour government in the UK had started to make the book 1984 look like more of a manual than a thriller novel. But the new Conservative-Liberal Democratic alliance in England has actually made statements about rescinding some of the Orwellian institutions the Labour party had put in place. They have proposed the Freedom (Great Repeal) Bill, which is designed to restrict the DNA database, restores the right to non-violent protest and regulates CCTV.

Ah how naive we were to believe any politician!

They didn’t mention putting families on lie detector tests and absconding every paycheck in England into the Government’s bank account prior to releasing whatever funds they deem the people should receive in the Freedom Bill!

At this rate not only will The Onion be out of business but George Orwell’s 1984 will have to be moved into the non-fiction section of the library!

But as we often point out, this is just one of the expected perils on the path of inflation and debt.  Totalitarianism, war, and impoverishment, especially of the middle classes.  We can expect more economic tragedies to follow if these measures are adopted including a collapse in the Pound Sterling.

In the Daily Mail article, Clegg states that “Legal tax avoidance and illegal evasion are ‘just as bad’.  Both come down to stealing from your neighbor.”

What are taxes, voluntary payments for goods rendered?  And what are these taxes being levied for? To pay the interest on debts accumulated by this band of thugs called government!  Wielding a sledge hammer in a despotic attempt to balance the books is not the way out of the UK’s problems.  It is a good way to dig itself deeper.

The solution is precisely the opposite.

Liquidate government, reduce the tax burden, return to sound money.  The current path, instead, will simply lead to cries for more inflationary measures to offset shrinking tax revenues to buoy the sinking ship.  That politicians are devoid of an education in economics is obvious from any statement of hope that such a policy could actually increase tax revenues.

Meanwhile, across the pond, the US’s secret cabal of central bankers met in their own doublespeakingly named, Federal Open Market Committee, today.  In yesterday’s missive Ed Bugos predicted the following, “I continue to anticipate the status quo as far as the Fed can push it.”

And he got it right.  Ed sent out a full update to our subscribers today on the Fed’s move today.  Here is a quote from the update, “It was status quo for the Fed’s Federal Open Market Committee today, as expected.  No changes in policy and they hinted at standing ready to do more if the pace of economic recovery continues to slow down.”

Ed was also interviewed by Marketwatch today here, where he stated, “If anyone was uncertain about the Fed moving to inflation targets as a policy tool, it looks pretty certain now. This is clearly an interventionist Fed, which is all bullish for gold.”

And so, with that, we will leave you for the day.

Don’t forget, you can subscribe to our basic ($15/month) or full service ($25/month) with no obligation.  If you happen to live in the UK we don’t need to tell you how important it is to get your assets, and your ass, outside of your home country asap – something we cover regularly in our subscriber newsletter.  If the government considering making all paychecks get paid directly to the government before being dispersed, after tax, and threats of putting entire families to lie detector tests to check for tax evasion isn’t enough of a warning, we don’t know what is! 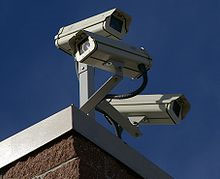 After all, it’s not like they aren’t already watching you!