Well, let’s just start with the most obvious, then.  The fact that Canada has its own government run news channel, CBC, should make you realize what kind of a country we are dealing with.  All of the best socialist states have their own government run media – the reason why is simple, because without lots of propaganda it is hard to get everyone to buy into the huge taxes to pay for those who don’t want to work.

At least American media tries to act like they aren’t one-in-the-same with the government.  But in Canada everyone just thinks it’s great the government provides them with their perspective of the news of the day.  And what a perspective it is!

How 1,700 Canadian domiciled bank accounts at a Swiss bank is “news” and is spun like they are all criminals for having a bank account in another country is a stretch that only a government run media could even be so bold to attempt!

And to put Herve Falciani, a man who was apparently head of “security” for HSBC, in any light other than being a delusional, warped, jealous criminal goes beyond the bounds of reality. 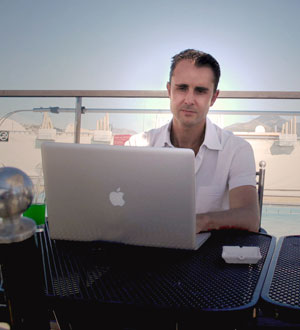 Falciani claimed he was worried that criminals and tax cheats were using the bank to hide money, so he pleaded with his bosses to become more transparent about their banking practices.  And what basis did he have in thinking that clients of that bank were “criminals and tax cheats”?  They had more money than him.

“I came to the point that something was very wrong and it should be changed,” said Falciani, who began copying information on private accounts to his personal computer in 2006.

Wait, he did what now?  The “head of security” decided that these Canadians who have more than $500,000 must be “criminals” and since no one, RIGHTFULLY SO, would listen to him at HSBC he began to copy this private data to his own personal computer!

Don Johnston, the former head of the Organization for Economic Co-operation and Development chimed in, “Frankly, I’m outraged,” he said. “Every Canadian who pays his or her taxes here in Canada should be outraged.”

Just to be clear, Don wasn’t outraged at Falciani for copying private data that he was morally and contractually obligated to protect, an obviously criminal act, and reporting it to the government of Canada.  Don Johnston is outraged that there are Canadians who have bank accounts in Switzerland!  Something, by the way, which is perfectly legal and implies nothing.  Heck, we work hard everyday here to convince you to keep at least one or two bank/brokerage accounts OUTSIDE of your home country to protect yourself from your own voracious government.

In fact, if you are Canadian and this story doesn’t emphasize the need to get your assets diversified in numerous locales outside of your home country then we don’t know what will.

Governments worldwide, starved for tax revenue, will be doing everything within their power – and everything is within their power – to get the most out of their citizens.  Subscribe to The Dollar Vigilante to get news, information and advice on how best to internationalize your assets for safety – and how to do it all legally.  Because there are sickos like Herve Falciani out there who think that if you have money that you are a criminal.

There is only one person in this news article who is a criminal in our view, Herve.

Until tomorrow, keep yourself and your assets safe,