Take as just one example, minimum wage.  Minimum wage causes unemployment.  Why?  When you manipulate the price of labor artificially higher than the market can support then many companies cannot afford to hire people – resulting in unemployment.  If the government did not interfere in the free markets there would be no such thing as unemployment except for very brief, rare moments.  Someone may want to mention that to Mr. Obama who has been working really hard to “reduce unemployment and get people back to work.”

Which brings us to a bizarre trend in the UK.  We aren’t sure what is going on in the United Kingdom lately but the government appears to be completely out of control in the isles.

On October 20th we featured a pic snapped by a TDV subscriber in England of school children dressed up in neon vests to go for a walk in broad daylight.

We found this to be bizarrely overprotective.

That is, until we came across this story today from Spain: “Spanish Prostitutes Ordered To Wear Reflective Vests For Their Own Safety“ 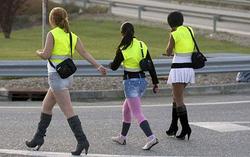 Thank goodness for government.  These prostitutes obviously are not capable of avoiding cars on their own volition.  Well, actually, they seem to be doing a pretty good job of it as there is no mention in the article of being any past problems which resulted in this vest enforcement.

Yet some bureaucrat, sitting behind a desk somewhere in Madrid, has decided something must be done!

Pretty soon, at this rate, everyone in Europe will be required by law to wear a glow-in-the-dark vest whenever in public.  It’s actually become such an issue that the Telegraph in London did a sarcastic piece on what some of England’s more public figures would look like in neon vests. 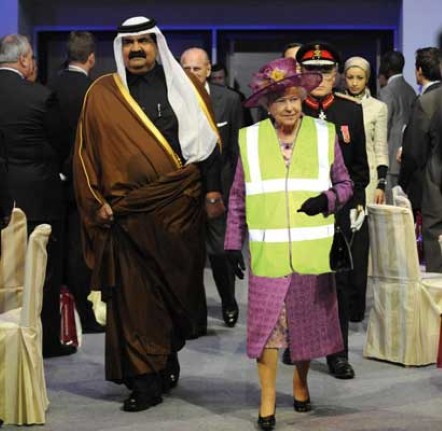 A Highly Visible Queenintended.  For if everybody from primary-school pupils to prostitutes to the Queen all don high visibility clothing it will result in motorists having visual overload which will lead to motorist indifference.

And then, a few years from now, with a skyrocketing pedestrian mortality rate government will yet again come to the rescue, stating that glow-in-the-dark vests are no longer sufficient and that a billion dollar plan to outfit all humans with strobe lights will be launched.

Some smiling politician will stand beside some signage and attest to the importance of saving our children… or prostitutes, a far more important resource in my opinion, and another billion dollars will be stolen through taxation and promptly destroyed.

And people will wonder two things.  How are so many pedestrians being run over even though they are wearing neon vests and strobe lights?  And why is our country going bankrupt?

Sadly, this trend towards bigger and bigger government will not end until most nations collapse in bankruptcy taking with them their fiat currencies and resulting in some very chaotic times directly ahead.

In fact, we consider our upcoming November issue of The Dollar Vigilante to be one of the most important we’ve ever written.  The markets are currently treading water, a veritable calm before the storm, ahead of what will most likely be an extremely volatile and treacherous November, starting with the US elections on November 2 followed by the Federal Reserve meeting on November 3rd in which a plan for Quantitative Easing II is expected to be laid out and then soon after with the G20 meeting in Seoul.

We are expecting massive market movements in November and it is critical to be positioned to avoid taking major losses and to position your assets in some of the few market sectors which will attract massive amounts of capital as a safe haven – thereby creating large profits.  Subscribe now to receive the upcoming November 1st issue of TDV ($15/month for Basic and $25/month for Full Subscription – with no obligation – if you don’t find it of value you can unsubscribe at any time).

Protect yourself from your government – don’t look to government to protect you – and you will be ahead of the pack.