Is It Illegal To Not Pay Taxes?

[The following post is by TDV Chief Editor, Jeff Berwick]

Human beings have a major cognitive dissonance problem when it comes to taxes.  For some reason they don't see it as an armed extortion racket.  Some even think it is "voluntary"… but as we'll show, it is far from voluntary.

Some people may fail to file taxes for numerous reasons, like personal or business problems, feelings of hopelessness or fear due to the burdensome tax process, anti-theft sentiments, or beliefs that the penalty won’t be worse than the expense and trouble of filing.

The US tax system is officially based on taxpayers willfully paying their obligations. Unofficially, its based on the barrel of a gun, which you will learn about in this article. If you fail to file for a period of time, the US government will, officially, consider a voluntary disclosure when deciding whether or not to, unofficially, murder you, or, if you're "lucky," throw you in a cage. If you comply, the government might even reduce your tax liability if you're toiling in poverty enough as it is.

For whatever reason you don’t file, remember these important things:

Irwin Schiff, Peter Schiff's father, was a prominent figure in the tax protest movement until the government threw him in a cage for not paying income tax. Irwin is serving a 13-plus year sentence for his "tax crimes" (which are simply a refusal to be extorted) in Texas. The government recently postponed his release date from October 2016 to July 2017.  In an abbreviated manner, here are some of Irwin's arguments against taxes from Wikipedia:

Another argument used by Irwin Schiff was, that "for tax purposes, 'income' only means corporate 'profit.' Therefore, no individual receives anything that is reportable as 'income,'" also failed to keep him out of jail.

In New Hampshire, another tax crime, with a dramatic standoff, happened in 2007.

The Browns even invited in the arresting agents, which further proves to me that my comparison of the government with a vampire is spot on. As one of the undercover overseers stated to the press, "Ultimately, this open-door policy that they [the Browns] seemed to have which allowed the Browns to have some supporters bring them supplies, welcome followers and even host a picnic—this proved to be their undoing… They invited us in. We escorted them out."

Edward and Elaine were identified by the FBI as self-identified "sovereign citizens." Edward is scheduled to be released in 2045, and Elaine is scheduled for release in November 2042.  They would be 103 and 102, respectively, upon their release. Depending on how you look at it, they were lucky they didn't die during the standoff. 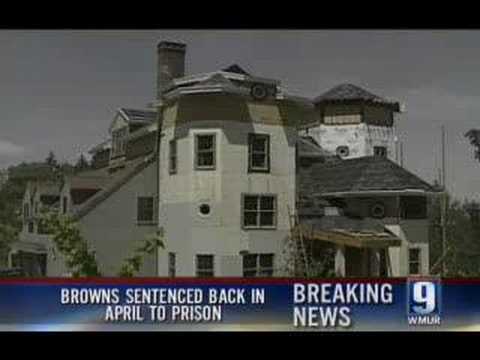 The Browns are heroes, but there's no need to be a hero when you can internationalize your affairs in a legal manner so as to avoid such backbreaking taxes as the US demands. With TDV Offshore you can begin doing just that. If you want to learn more, be sure to check out the TDV Newsletter.

In the coming months and years politicians will give more lip service to bringing tax evaders to justice.  As the Telegraph writes this week, "tax evasion is the politicians new magic money tree." This, based on banter which took place among candidates during the UK election. This same talk will increasingly litter Australia, Europe and the United States.

Get your tax burden under control, as the wealthiest people on the planet have done, and sleep soundly at night. You don't have to be wealthy to do so, either.

And, remember, every penny of tax not paid is a service to mankind.  Please do your part.

Thoughts? Join us at TDV Blog…