With the UK announcing that they will be shutting down their Premier football league in addition to Wimbledon (potentially) and all major public events.

And now even Mexico is talking about closing its border with the United States, saying that the country is at risk from its gringo neighbors to the north! 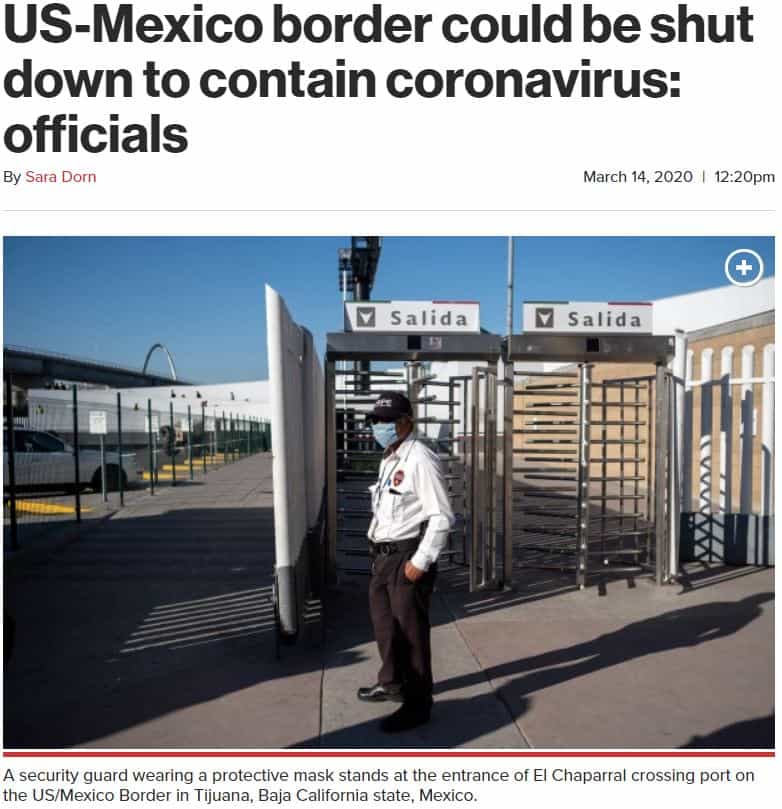 If this ends up happening, you can add Mexico to the list of several nations thinking of closing their borders including Italy who already has done so and has also imposed domestic travel restrictions on its citizens.

Now, THIS is the real story and obviously has massive implications for the economies of both nations and especially that of Mexico’s because of the tourism industry among other things.

With all this coming to light, some of my friends were asking me if I thought Mexico would be any better off.

I think overall yes, but I wouldn’t want to be caught in a place like Mexico City during a crisis for obvious reasons.

With that being said, I still maintain that weathering the storm in Mexico outside the city is much safer for multiple reasons.

Some of the upsides include the facts that:

So as I have mentioned previously and we’re beginning to see more and more,  the biggest ramifications of this virus are really financial and we are definitely headed for a depression far greater than 1929.

Even yesterday Donald Trump announced that several cruise lines including Carnival, Royal Caribbean, Norwegian and MSC Cruises have all agreed to a 30- day suspension of voyages. 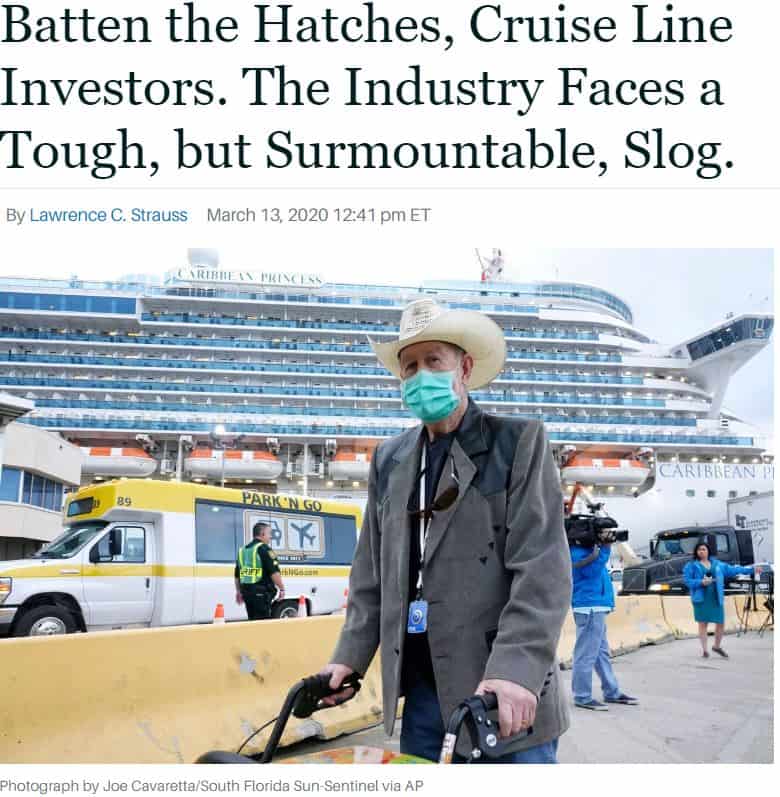 Can you imagine how much they’re likely to lose? Especially during a crucial winter month that would normally be high season for travelers.

With all this going on, it may not be a bad time to buy some foreign real estate or a small farm plot outside the city if you have the means.  I may be giving subscribers details on that as I get them.

Check out my walk and talk I did in southwest Mexico in a beautiful rural area where I’m considering buying some property.

I talk about some places where you can find cheap real estate deals in the video below:

And if you subscribe to our newsletter you can get access to our TDV groups full of fellow libertarians, and voluntaryist types willing to help you relocate or provide insight about safer and more ideal locations to live outside of the US, Canada or Europe.

I should also mention that remote locations in the US in areas like Montana should also be fairly safe for what is to come… if you don’t want to or are unable to get out of the US.

Click here to get access to those as well as loads of other resources to survive and prosper during this collapse.