Zzzzzzzz: You still asleep? You Better Wake Up FAST: Here’s Why

Digital fascism is real. The past four months have proven that we now live in a new kind of totalitarian state – the digital society, which has the following features:

Do any of those sound familiar? Happening-right-now familiar? 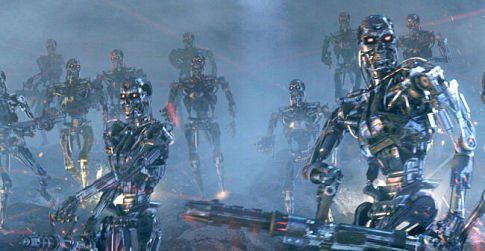 We have long been the subjects of behavioral manipulation and Covid-1984 is the biggest experiment of them all. However, the real issue is whether democracy, freedom and human dignity can survive this new digitally empowered global totalitarianism.

You’ve heard this a lot: Big Data is necessary to fight terrorism, cyber threats, and climate change. And you’ve felt safe knowing the government is looking after you. This year you’ve heard it over and over – the vaccines, the microchips, the mass surveillance – all for your own safety against the Big Bad Economy Destroying Virus. And you gladly gave up your basic rights to have a job, trading expression, and privacy in exchange for being locked up while your business, job, mortgage, and pension are sanitized. (That’s super cop-speak for assassination by the way).

They use your computers, smartphones, smart TVs, and smart cars to collect and consolidate gigabytes of data just to create a profile of you, your nature, your habits, and your preferences. But worse than that, they use algorithms to find out how your thinking and behavior can be manipulated.

Then they apply them to catastrophic consequences for us as individuals and for society as a whole.

And no one can stop it but you.

Today’s Lucy and Jeff Show is all about going downhill in Acapulco. There are dog fights and the banning of sunshine and a guest appearance by…you guessed it…Kill Gates and PLANdemic TWO! But most importantly, tune in because you should have FOMO on getting cryptocurrency as it might be the only way you’ll be able to protect your privacy in a future that looks pretty grim for a lot of people out there.

Speaking of crypto, Bitcoin is only one of over 1,000 different virtual currencies, including Litecoin, Ethereum, Zcash, Ripple, and Monero.

But, Revelation 13:16–17 says that the Antichrist will require everyone to have the mark of the beast to engage in any financial transactions. It’s unknown what exactly this mark will be, but it’s entirely possible that some kind of cryptocurrency will be involved. That would certainly be more efficient than printing and distributing a standardized physical currency all over the world. It’s possible that the mark of the beast will be what allows people to access the cryptocurrency in their virtual accounts. (Know about the Dutch guy who implanted a chip in his hand to access his bitcoins? Just saying).

The door is wide open for global fascism to take hold unless we take action now. The longer we wait, the harder it will be to fight back.

We live in extreme times. Right now, your fear of governments should be at least comparable to your fear of the new disease. Closed borders, surveillance, nationalization were all a nightmare in the free world, but now it has become a new norm. And a lot of people are suffering hard.

“No one has ever become poor by giving.”