The Movie Producer Who Predicted Today and Was Suicided

David Crowley described his movie Gray State as a “road map for a second American Revolution.” 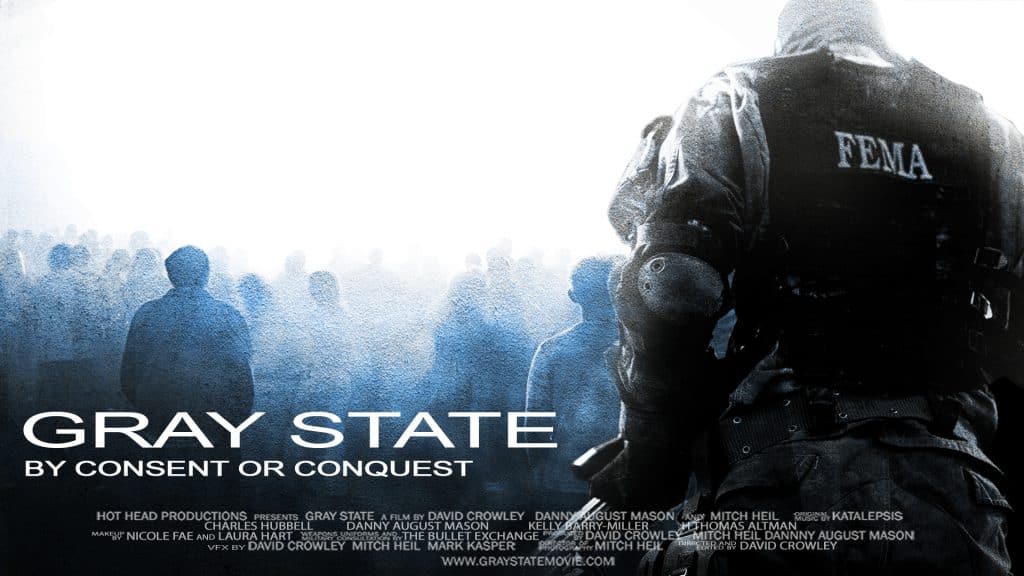 Just over a year later, police were called by neighbors to Crowley’s home where David (29) his wife, Komel (29) and their 5-year-old daughter, Rani, were found dead. Within a few hours of discovering the bodies, police declared that David had shot his wife and little girl execution-style, then committed suicide.

The media immediately enforced a murder-suicide narrative by painting a picture of David as a troubled Middle East war veteran and struggling filmmaker working on a government-conspiracy movie. Just four days later, film director Erik Nelson started collecting all 25 terabytes of David’s film footage, his personal video journals and everything on his laptop, including 13,000 stills and home movies. Nelson publicly said the story of David Crowley is a “spiraling descent into madness of an Alt-Right filmmaker,” and getting his family to go along with this narrative was a “tricky negotiation.”

He produced a smear documentary called A Gray State as a warning to those peering into rabbit holes which he described as “a cautionary tale.”

David Crowley’s Gray State was never made into a movie. The script is still lost today…

I thought let’s celebrate David Crowley and talk about civil liberties in today’s Lucy and Jeff Show. Because after a week of conflicting emotions in Acapulco and extreme revelations that came to light that factually prove the great Covid mirage, this is, after all, the topic that’s most important.

New Mexico city has invoked the state’s Riot Control Act to lock down the entire city of Gallup, shutting down all roads leading into the city. They are not the only city or town or even a country in the world to do this. But how do the fascists compel thousands and millions of people to meekly go inside, give up their lives and their livelihoods without a squeak?

FEAR is one answer. Military police are being deployed by the thousands to keep the people in check. Women, children, babies. All subjected to heavily armed men in full combat gear, ready to tear apart families and put them on trucks to quarantine camps or worse. Fear of being grossly neglected and dying alone in hospitals. Fear of starving to death without government blackmail checks. The list goes on.

INDOCTRINATION is another. Both actively by pumping us full of patronizing nonsense, such as that a 5G city is a “smart city”, or passively, by removing any conflicting voices and calling it “conspiracy theories”.

Watch the video below for more about one of the conspiracy theories still hanging over Crowley’s family’s death, which is that David was “radicalized online”, leading him to commit a supposed murder/suicide. This is a concept that is increasingly being used to ridicule and scorn anyone who has an opposing narrative to the one that the system wants to feed you.

And talking about smart cities, Acapulco at 0% 5G seems to be a REALLY smart choice right now. The weather is great, Lucy loves to go boating and if you’re lucky, you’ll get neighbors like mine who really don’t take kindly to anyone controlling their businesses. I’ve been talking about making sure you get real assets, like buying up gold and burying it in your yard. But if you don’t feel like playing pirates, real estate is another way to go – it’s a buyers’ market and a potential future gold mine if you invest in the right place, right now.

Flights to Mexico are still open, so check out Mexico real estate at https://dollarvigilante.com/mexico and hop on the next flight out to start your dream lifestyle now.

Also, to all The Dollar Vigilante subscribers – the newsletter just went out so check your mail.

Finally, here’s what the Britannica Dictionary says about conspiracy theories: “Conspiracy theory, an attempt to explain harmful or tragic events as the result of the actions of a small, powerful group.”

And David Crowley: “The thing you have to understand about conspiracy theory is that, at some point, it’s no longer a theory.”