WHO IS THE DOLLAR VIGILANTE?

The Dollar Vigilante (TDV) is a joint-venture publication founded by two respected free-market speakers and analysts in the financial sector, Jeff Berwick and Ed Bugos.  Both Jeff and Ed consider themselves financial freedom fighters and have written extensively in the past about the ongoing and impending collapse of the US dollar based financial system.  They joined forces to publish TDV, a publication and community for dollar crash survivors. 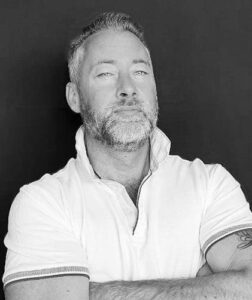 Anarcho-Capitalist.  Libertarian.  Freedom fighter against mankind’s two biggest enemies, the State and the Central Banks.  Jeff Berwick is the founder of The Dollar Vigilante and host of the popular video podcast, Anarchast.  Jeff is a prominent speaker at many of the world’s freedom, investment and cryptocurrency conferences including his own, Anarchapulco, as well as regularly in the media including CNBC, Bloomberg and Fox Business.  Jeff also posts video content daily to, Bitchute, Odysee, Dtube, Brighteon and our own decentralized video platform Vigilante.tv.

Jeff’s background in the financial markets dates back to his founding of Canada’s largest financial website, Stockhouse.com, in 1994. In the late ‘90s the company expanded worldwide into 8 different countries and had 250 employees and a market capitalization of $240 million USD at the peak of the “tech bubble”.  To this day more than a million investors use Stockhouse.com for investment information every month.

Jeff was the CEO from 1994 until 2002 when he sold the company.  Afterwards, Berwick went forth to live on and travel the world by sailboat but sank his boat in a storm off the coast of El Salvador.  After being saved clinging to his surfboard with nothing but a pair of surfing shorts left of all his material possessions he decided to “live nowhere” and travel the world as spontaneously as possible with one overarching goal: See and understand the world with his own eyes, not through the lens of the media.

He went on to visit nearly 100 countries over five years and did and saw things that no education could ever teach.   He met and spoke with a plethora of amazing people, from self-made billionaires to some of the brightest minds in finance – as well as entrepreneurs from a broad range of backgrounds and locations from tech companies in southern China to resource developers in Thailand, Russia and Chile.  He also read everything he could find on how the world really works… politically and financially.  A pursuit he continues to this day.

That education led him to become one of the biggest proponents of the Permanent Traveler/Prior Taxpayer (PT) Theory.

He expatriated, long ago from his country of birth, Canada, and considers himself a citizen of the world.  He has lived in numerous locales since including Los Angeles, Hong Kong, Bangkok and Acapulco, Mexico. 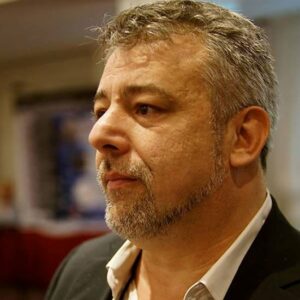 Mr. Bugos is the Senior Analyst at the Dollar Vigilante.  He is an Austrian economist and has been a dedicated investment professional since 1989.

Ed started his distinguished career as a stockbroker on Howe Street at one of Vancouver's leading brokerage firms. He mentored under one of the best exploration and spec stock analysts on the west coast who made his mark covering the discovery of diamond mines in the NWT during the nineties (when skepticism about their existence there still abound). Ed made money for his clients financing diamond, nickel, and gold exploration companies throughout his brokerage career, as well as trading futures and options.

He was one of the only gold and oil futures traders in Vancouver (at the height of the "cult of equity") in 1999; he left the brokerage industry early in 2000 warning his clients that the tech bubble and "strong dollar" would burst -leading to a secular bull market in gold, eventually leading to a repeat of the 1970’s style stagflation in the decades ahead. As part of the first genres of the investing counter culture that went online in the early days of the internet, Mr. Bugos launched The Goldenbar Report, a subscription driven gold and currency digest, where he predicted that gold would go to $2000 by 2013, that the US dollar would halve, and that US equity markets had seen their best days for the next decade (he called for Dow 7000 in the tech bubble fallout). He couldn't write that story as a stockbroker. In subsequent years, through to 2006, Ed made many great calls resulting in an un-leveraged broad based asset allocation returning over 20% per annum without a down year.

At the end of 2006 he foresaw another crisis coming but was no longer optimistic about gold shares, which he thought were expensive at the time. Having just had his first child he went on sabbatical for the next year.

His last recommendation when winding down the Goldenbar Report in September of 2006 was for clients to allocate up to a 45% exposure to a short position against the equity averages - largely the financial sector “XLF” - 40% to a long position in bullion (physical or GLD); and a residual core position (<15%) in gold equities.

In 2007, seeing the crisis around the corner, Mr. Bugos joined Agora Financial to compile a portfolio of gold stocks for investors to buy during the meltdown. The service was launched in March 2008 and lasted through to the first few months of 2009 where he was able to recommend stocks like Kirkland Gold, First Majestic Silver, and Guyana Goldfields at under $3... all of which subsequently soared in the 2009-11 bull market.

Altogether his portfolio returned an average 275% from the trough in 2008-09 to their peak in 2011, and 248% from the beginning, significantly outperforming the HUI and other gold share indexes in this period.

Mr. Bugos is also an investment banker and has helped exploration companies raise millions of dollars. In 2010, seeing the worst still around the corner, he and Jeff Berwick started the Dollar Vigilante newsletter to help investors navigate the rigged casinos without being scalped by their stewards - i.e., the bank cartels and their government protected (taxpayer guaranteed) central banks...  the house. Ed currently lives in Vancouver.

Since 2009, Mr. Bugos has also been the CEO of his own independent research company (Precious Metals Equity Research), which sells research and subadvisory services to broker-dealers, investment managers, and general providers of financial content. And which provides consulting services to junior mining companies. 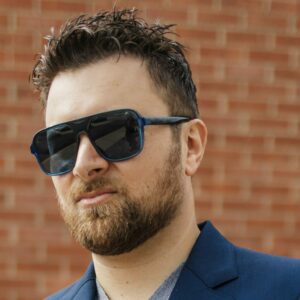 Rafael LaVerde has a background in private equity and venture capital. He discovered Bitcoin in 2012 while volunteering on Ron Paul's presidential campaign. He served as board member of a Libertarian Super PAC while doing post-graduate work in economics, and was also a member of the University of Texas’ Mises Circle. His formal education includes graduate degrees in continental philosophy and psychology. He has been a Bitcoin miner since 2014. Rafael also managed investor relations for the BitAngels Network, which helped finance the vast majority of early Bitcoin startups, and was also part of the DApps Fund team that revolutionized funding structures that eventually became known as ICOs and STOs. He was also the founding partner of what became one of the very first Bitcoin venture capital funds. 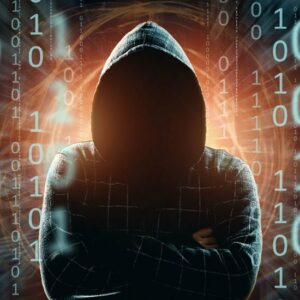 Mr. X is a former IT & information security consultant, and equities trader. He is an early Bitcoin adopter, investor, miner, and trader (since early 2011 when it was under $1), early Monero adopter, investor, miner & trader (since 2015 when it was under 50 cents), and has experience as a crypto asset fund manager, consultant, & analyst, helping his clients generate over $10 million in crypto asset trading profits.

His university degree is in business IT systems, with additional studies & certifications in the areas of computer science, information security, networks, & programming. He is passionate about sound money, cryptocurrency, finance, economics, technology, security, liberty, and privacy, and enjoys helping others grow in their knowledge in these areas. 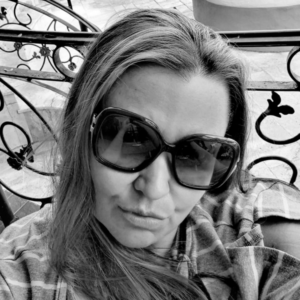 After graduating in law, Mari-Louise worked as a regulatory advisor for Big Tech in Johannesburg, South Africa, before specializing in corporate communications and investor relations. As FinTech communications expert, she has been part of the Dollar Vigilante team since 2020 as general company researcher and writer, editor of the TDV bi-monthly newsletter, and editor of The Controlled Demolition of the American Empire by Jeff Berwick and Charlie Robinson. She is a passionate advocate for personal and financial privacy and autonomy with a special interest in Plan B offshore living and planning. She holds qualifications in law, business, and marketing. 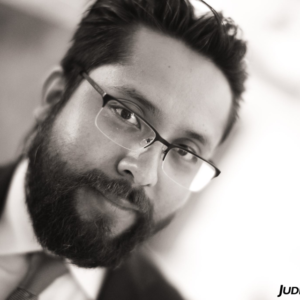 Luis Fernando is the principal of Emancipated Human LLC. He has vision to be present and empower people and has been doing that for over a dozen years. He has been developing servant leadership programs for over 12 years and has been internationally recognized as a leader in designing interactive curriculum and growing leaderful cultures.

Luis enjoyed a ten-year mentorship with Ann McGee who in turned was mentored by Robert K. Greenleaf, the originator of current servant leadership principles.

Luis Fernando's favorite pastime is playing basketball and strength training. He also
enjoys reading books, and going on adventures and exploring. Luis loves learning new
things and he firmly believes that everyone has the potential to be great.

Luis Fernando is an experienced facilitator whose professional experiences have given
him a unique perspective in group settings. He has worked extensively with both private and public organizations, developing and implementing communication strategies that promote productivity and efficiency. Luis Fernando's passion for helping others reach their potential shines through in his work, and he is known for his ability to create a positive, productive environment in even the most challenging situations.

He is a life-long learner and understands that in order to bring fresh
perspectives and help teams arrive to resourceful solutions, he must continuously
educate himself. This focus on continuous education has led him to work in a variety of
industries, including cryptocurrencies (since 2012), finance, and marketing and
advertising.

He has been practicing yoga for over 13 years and became a certified instructor in
2010. He is passionate about breathwork and meditation, which he believes are
essential for a healthy mind and body. Luis Fernando has led several workshops
internationally to help people become more mindful and connected to their own inner
wisdom.

Luis has been selling Kratom for over 6 years and has expanded his business and now carries extracts and will release “kratom shots” by the end of the year.

His latest venture is Sacred Breathwork. A trauma-informed practice for somatic unwinding. Luis Fernando did two sessions for Anarchawaken in 2021 and a private ceremony for Jeff Berwick who rated it HERE.

In breathwork, we are able to achieve experiences like those in mushrooms, Ayahuasca, San Pedro, etc… just by breathing.