VIDEO: Himself Kill Not Did Epstein Jeffrey

The script has been flipped!

In case you somehow missed it, when our exclusive videos were published on October 28 showing Jeffrey Epstein’s private Caribbean residence, Little St. James Island, it almost broke the internet.

The footage was filmed by myself as well as journalist Luke Rudkowski of We Are Change. Luke and I managed to sneak into the famous hideaway in the US Virgin Islands after convincing a boat captain to drop us off at the property.

We were able to explore the creepy island for about thirty minutes, filming our findings before we were forced to flee.

I recently described the experience on The Richie Allen Show, where we spoke about the disturbing scourge of pedophilia and child trafficking by the “elite” powers that shouldn’t be.

Richie and I also discussed the next big financial crash, and I explained how I think it will manifest, what it means for the average person, and what we can actually do to be prepared.

Check out the full interview:

We covered everything from the difficulties of getting to Epstein Island, the importance of the Epstein cover-up, and complete corruption at the highest levels, to Doctor Sleep, what we found on the Island, satanism and demonic imagery.

We even got into why Trump is no savior, the coming financial collapse, central banks and gold, precious metals as a safe haven, and tax (extortion) on precious metals.

So, what happens in a collapse? What happens when everyone realizes the mainstream narrative is a big lie? 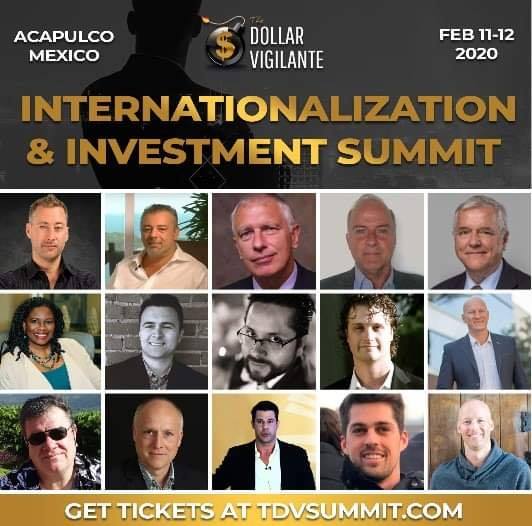 Don’t wait to find out!  The two days before Anarchapulco are all about abundance, creating value, living free, protecting yourself, making money and investing.

Tickets for The Dollar Vigilante Summit are on sale now at TDVsummit.com