Scamdemic – How a Lock Step, Authoritarian, Top Down Control System Is Being Imposed on the World

Another day in the post-corona world and more people are in lockdown than ever before.

After India went into lockdown this week, one-third of the world’s population is now officially under Covid-19 lockdown.

And in the US things are really starting to roll out swiftly with President Donald Trump just yesterday making an announcement stating that he’s considering locking down the entire state of New York as well as the neighboring states of New Jersey and Connecticut.

In the small state of Rhode Island to the east of Connecticut, the state police have been ordered to begin going door-to-door “hunting down” refuge seekers from New York and making sure they obey the 14-day self-quarantine order they’re supposed to follow after traveling. 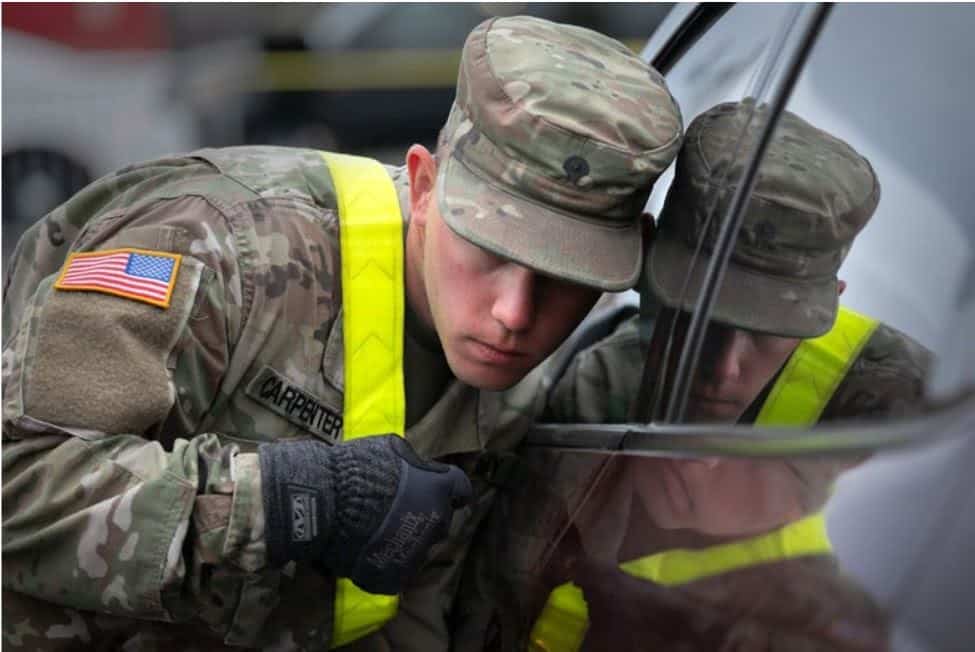 Based on the number of military vehicles being rolled out across the USSA, things do appear rather grim for Amerikans up ahead.

But all this has been years in the making. Just ask the “KILLanthropists” at the Rockefeller Institute.

Back in 2010, the Institute came up with a plan they called “Lockstep” in which they talk about how an influenza strain would be used to impose more “authoritarian” top-down control on governments and the world.

A quote from their ideal “lockstep” scenario goes as follows:

“[They want] a world of tighter top-down government control and more authoritarian leadership, with limited innovation and growing citizen pushback.”

So there you have it. You can read all about their plans for world domination right in the public domain.

This is how the financial elite operates, by putting the truth in plain sight as they always do. Most people don’t have ears to hear or eyes to see anyway.

As I have included in my walk and talk video which you can see below, evidence has come out that this virus was actually created in a laboratory at the University of North Carolina at Chapel Hill.

In a study done at this University conducted by Dr. Shi, they actually tested different coronaviruses isolated from bats and concluded that these strains were not, in fact, transferable to human beings. This means that the official narrative blaming the virus on people in China eating bat soup is totally fabricated propaganda.

There is more on that and how this virus is not a naturally occurring phenomenon in my walk and talk video with Lucy here:

We are witnessing the largest psychological CIA/globalist operation in modern history right now. But luckily every time the elites try to pull off a stunt like this one, it actually has the opposite effect than they’d wish on a large number of people.

Many people end up waking up to authoritarianism as they see how heinous things get in martial law type circumstances.

A good example of people getting pushed a little too far is the people of Hubei Province in China who are absolutely infuriated that they’re not being allowed to travel into the neighboring province of Jiangxi where the local police have set up a roadblock on the bridge going over the  Yangtze River. 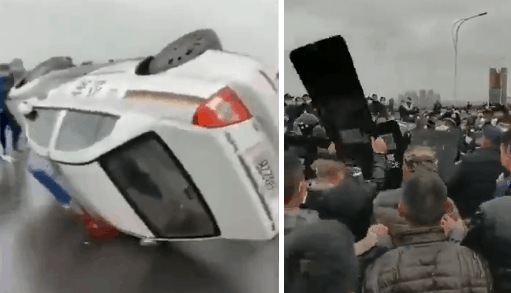 Soon, this kind of civil unrest will be coming to the USSA and the rest of the western world.

Maybe not this go-round, but the elite are certainly testing the waters to see how far they can push people.

But one thing is for sure, what ends up happening because of this “virus” will end up making 9/11 look like a cakewalk.

To keep yourself prepared and even profit from what is already shaping up to be the worst financial calamity in modern history, subscribe to The Dollar Vigilante Newsletter HERE.

Plus, when you subscribe you’ll get access to a network of like-minded individuals who won’t think you’re crazy for not believing in the greatest superstition that is government authority.

We also just released all the best footage from this year’s TDV summit which includes speeches from the top analysts at TDV and the best alternative financial guys out there. You can access that HERE.

It’s not too late to stand up and fight. After all, the elites openly tell us they’re fighting a war. Trump declared himself a war-time president because of this “virus”.

It’s time to take back what’s rightfully ours – our freedom of movement and the pursuit of happiness.

Anarcho-Capitalist.  Libertarian.  Freedom fighter against mankind’s two biggest enemies, the State and the Central Banks. Jeff Berwick is the founder of The Dollar Vigilante and creator of the popular video podcast, Anarchast. Jeff is a prominent speaker at many of the world’s freedom, investment and cryptocurrency conferences including his own, the world's largest anarcho-capitalist conference, Anarchapulco, as well he has been embarrassed to have appeared in the fake mainstream media including CNBC, Fox Business and Bloomberg. Jeff also posts video content daily to Vigilante.tv, Bitchute, Brighteon, Odysee and 153News.