In most of the dystopian movies ever made, there’s an ‘us’ and a ‘them’. An elite and a working- or slave class. Hell, you don’t even have to go to Sci-Fi, you can see it in plain old children’s animation like A Bug’s Life.

Also in most of these “pretend” futures, the proles are usually chipped so their controllers can track their every move; ensure they do what they’re supposed to do when they’re scheduled to do it and prevent them from rising up against the system.

(Of course, this is all part of the new world order’s predictive programming, but that’s another video altogether)

The media and its masters have heavily mocked and sneered at “conspiracy” predictions from those who have been predicting that the elite are just waiting for the right moment to roll out their ‘mark of the beast’ technology to remotely identify and control every single human being on the planet, thus sealing their plans for a one-world government.

As we are drowned by the sheer millions of numbers of virus data spewed out daily by the propaganda machine, people are anxiously waiting to line up for their chip, willing to do just about anything to get some sense of normalcy back in their lives.

In my walk and talk with Lucy today, I unpack my evidence for saying the coronavirus is being used as a cover for a new, digital financial system, complete with a forced vaccine/nanochip which will create a full, individual, digital identity.

Watch the video below to see why people being monitored full time and working to create a unified digital currency for Bill Gates and his ilk are not a joke or a theory, but a reality. All under the auspice of preventing large groups of infectious humans from assembling…

What can we do?

Nothing powerful comes easily. Even an erupting volcano requires magma to rise through weaknesses in the Earth’s crust to create enough pressure to be released and ultimately explode for the volcanic eruption to occur. When we put pressure on a system that seems stable and untouchable, even that, too, can fall.

Individually, you can start now by getting all the information to make sure you survive the imminent hyperinflation and credit crunch. To do this, subscribe to The Dollar Vigilante newsletter on www.dollarvigilante.com/subscribe and get the best information available on how you can profit from the declining dollar.

For example, members of The Dollar Vigilante got an alert today from Ed Bugos on how you can take advantage of the falling oil sector (which, if you don’t know, futures fell to an unprecedented minus $54 a barrel yesterday). 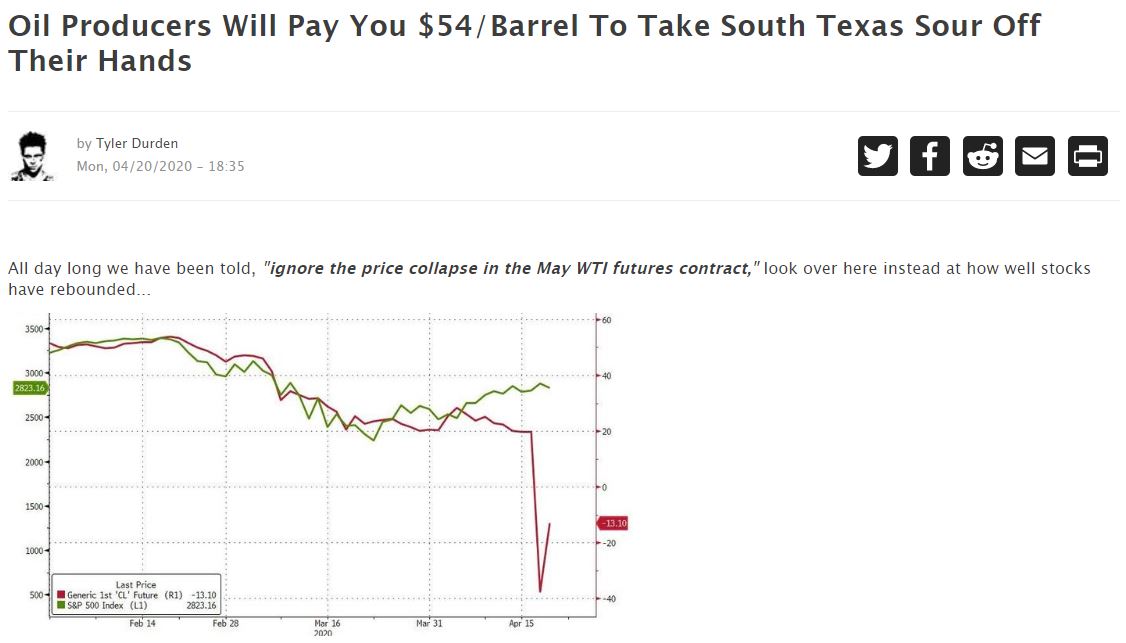 Or learn about cryptocurrencies from the best crypto analysts, with recommendations on which coins we’re watching, which ones are up and coming, and which ones we’re selling off FAST.

I’ll leave you with this dialogue from A Bug’s Life:

Hopper: Let this be a lesson to all you ants! Ideas are very dangerous things! You are mindless, soil-shoving losers, put on this Earth to serve us!

Flik: You’re wrong, Hopper. Ants are not meant to serve grasshoppers. I’ve seen these ants do great things, and year after year they somehow manage to pick the food for themselves and you. So-so who is the weaker species? Ants don’t serve grasshoppers! It’s you who need us! We’re a lot stronger than you say we are… And you know it, don’t you?