How To Know If You Are A Slave [VIDEO]

Did Lincoln really free the slaves? History books tell us slavery was abolished in 1865–but the truth is, that was only one form of slavery.

A staggering amount of young people these days complain of feeling like wage slaves, working 40 or more hours per week at a job they despise, mainly because they’re stuck with a massive student loan debt to pay off.

Cross the ocean and you’ll find some Chinese sweatshops grinding their workers to literal death. Sounds almost like slavery?

Work hard all year long and the government has the self-granted “legal authority” to reach into your pocket and take any amount of your earnings, as they wish, for whatever they wish. 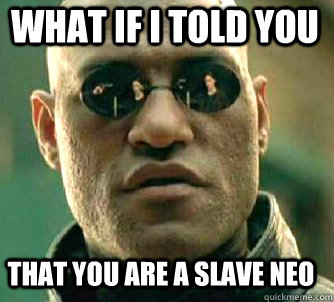 From prison labor to “progressive” taxation (theft), the inconvenient truth is that slavery was never fully abolished, be it in the US or abroad–it merely changed its form.

Still, despite all the misery the western 9-to-5 lifestyle may inflict, it certainly trumps the whips and chains of medieval slavery, like in Greece, Rome, and even early America.

So while the Social Justice Warriors and Non-Player Characters will declare that capitalism is enslavement, this simply does not comport with history.

“Greece and Rome were very proud slave societies,” explained Paul Rosenberg in my recent TDV interview, “and people before our time, before… the Europeans invented capitalism, people thought slavery was the only way things could be done.”

“So the Christians of Europe in the 500’s, 600’s, and 700’s A.D. did something massively heroic… they got rid of slavery, and the way they got rid of it was replacing it with capitalism.” 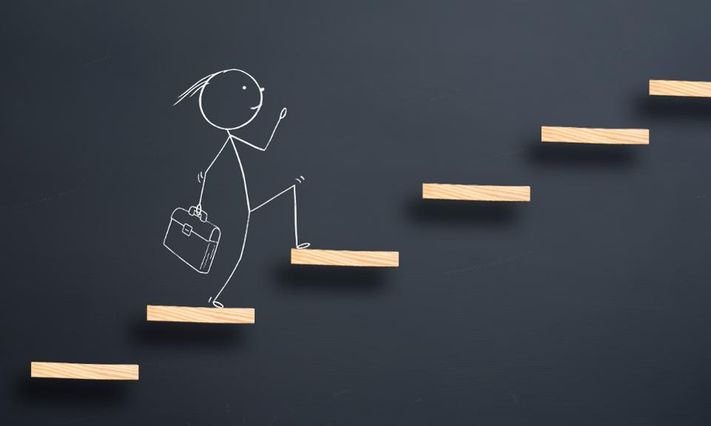 It’s a controversial view in this modern statist dystopia as an army of Bernie Bros declare the free market as the root of all evil–but it’s a cold hard fact: slavery still exists today in spite of capitalism, not because of it.

“For the slave owner,” adds Paul, “slavery’s easier than capitalism. Capitalism requires you to always stay on your toes, to jump and stay ahead of the game… so there’s no stability. Somebody else will come along with a new idea and all of a sudden you’re out of business.”

The Free-Man’s Perspective is a treat I highly recommend! Rosenberg and I discussed a wide range of topics in this interview, from the morality of capitalism to freedom through cryptocurrency and blockchain innovation.

The free market is at the core of everything great in our world–just contrast it with a typical visit to the Post Office or DMV–government run nightmares.

It’s part of the reason that every time I gather with fellow freethinkers, libertarians and anarchists, it’s always an awesome, positive vibe.

Competition and cooperation are not mutually exclusive! There’s an energy and spirit that comes with the first principles which underpin capitalism–I’ve seen it on display on a large scale at our annual Anarchapulco events. 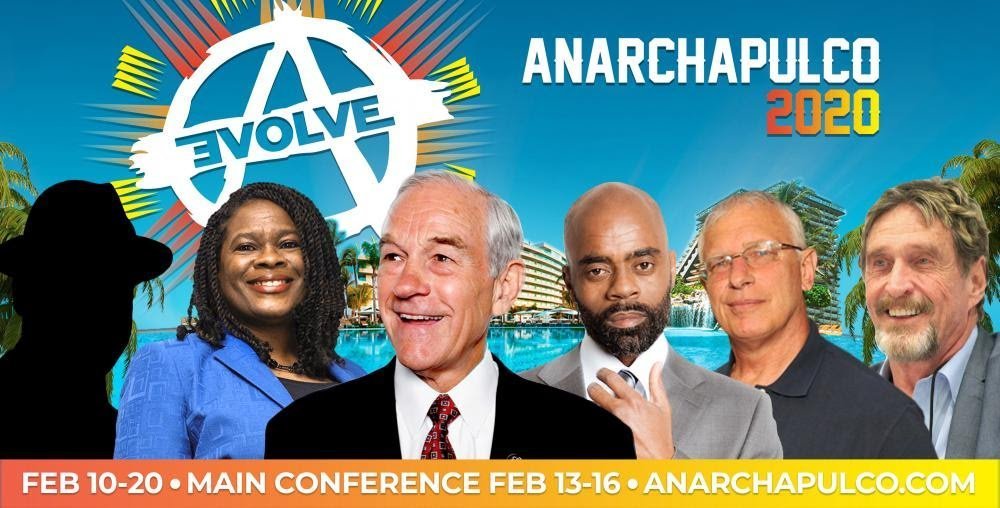 With guest speakers ranging from Dr. Ron Paul to tech pioneer John McAfee and everyone in between, to the musical talent like Jedi Mind Tricks plus surprise appearances–Anarchapulco is a fusion of optimism and promise that I’ve seldom felt.

Add to that over 2,000 passionate liberty lovers from all over the world and you’ve got yourself the ultimate freedom bash–The World’s Premier Liberty Event!

Anarchapulco 2020 is getting close to selling out completely so be sure to BOOK NOW while you can. There’s a special deal if you buy tickets in pairs, so sign up with a friend or family member for $100 off.

Ask around… anyone who has been to Anarchapulco will tell you that you’re going to have the time of your life!

When we all reclaim our sovereignty, the world will be a more peaceful and prosperous place. Paul Rosenberg will be there with us to evolve… will you?

Register before January 15th to reserve your space: anarchapulco.com

Follow The Dollar Vigilante on Minds, LBRY, BitChute and Flote.